At the Forum we will take a look at the benefits and challenges of international supply chains: 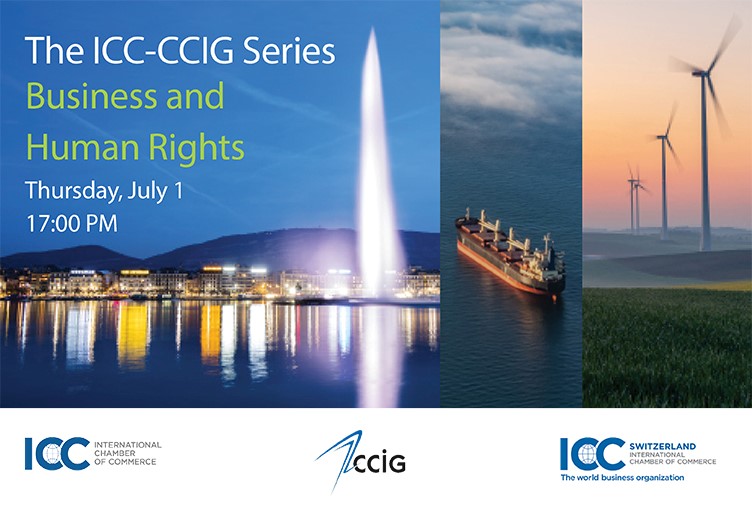 The “ICC-CCIG Series” address major themes related to international trade with a dual purpose: updating Members on issues that are currently being discussed at the United Nations, World Trade Organization and other international organizations in Geneva; and illustrate the way businesses, actors of world governance, civil society and researchers can successfully cooperate towards common global goals.

The second event of the series is dedicated to business and human rights. ICC continuously promotes best practices to its members – domestic and international companies of all sizes and sectors– aimed at enhancing their internal management of human rights and other corporate responsibility areas. The event is held in connection with the 10th anniversary of the unanimous endorsement by the Human Rights Council of the United Nations Guiding Principles on Business and Human Rights (UNGPs), which is celebrated in June 2021.

More information on the programme as well as registration can be found here. 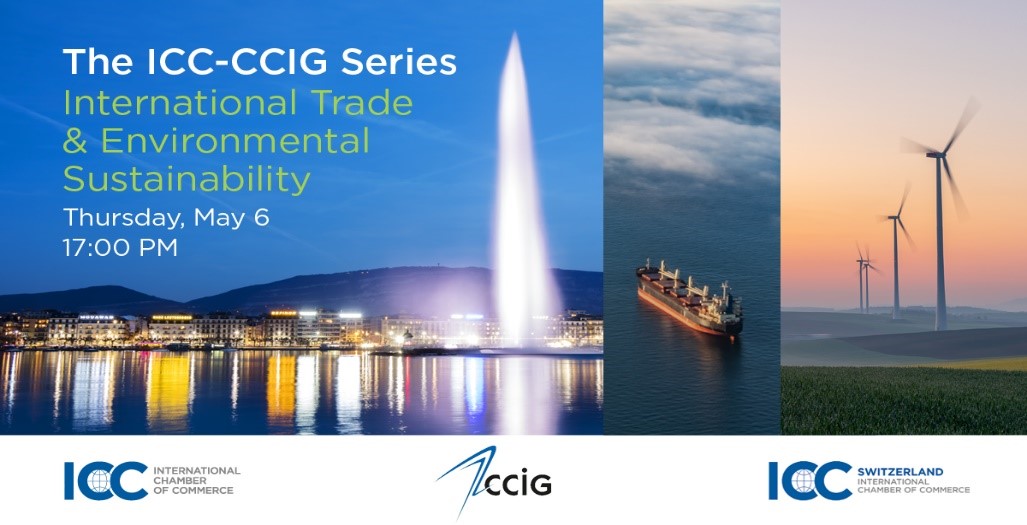 We are pleased to announce a webinar on Thursday 6 May, 17:00, on trade and environmental sustainability. This webinar will launch a series of events co-organised by the International Chamber of Commerce (ICC) and the CCIG. It fits into the series of Geneva Business Dialogues organised by ICC Switzerland which the objective is to strengthen global prosperity and development through trade and investment.

More information as well as the possibility to register you find here. 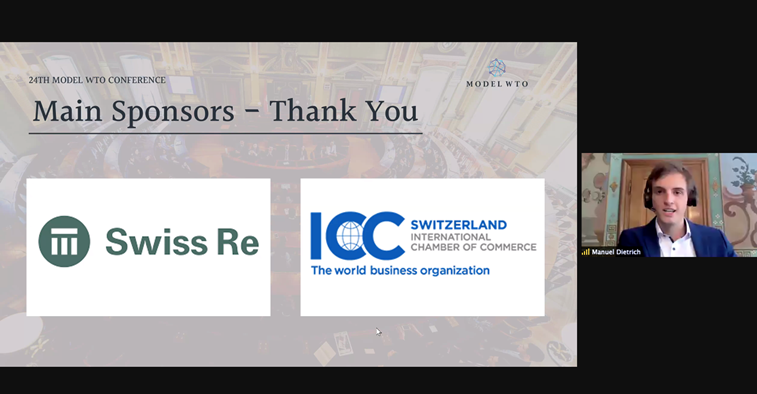 Model-WTO has carried out their 2021 conference over the past week with great success. Over 50 participants from 5 different continents came together virtually, spending a fruitful and informative week.

The Model-WTO international conference provides a unique opportunity for future decision makers to experience first hand the technicalities of the multilateral trading system, which ICC Switzerland is delighted to support!

Gulf of Guinea remains world’s piracy hotspot in 2021, according to IMB’s latest figures

The Gulf of Guinea accounted for nearly half (43%) of all reported piracy incidents in the first three months of 2021, according to the latest figures from the ICC International Maritime Bureau (IMB).

Despite a drop in the number of reported piracy incidents for Q1 2021, violence against crew is on the rise in comparison to previous years. Since the start of 2021, 40 crew have been kidnapped compared to 22 crew in Q1 2020. A crew member was also killed in Q1 2021.

The Gulf of Guinea continues to be particularly dangerous for seafarers with 43% of all reported piracy incidents occurring in the region. In addition, the region accounted for all 40 kidnapped crew incidents, as well as the sole crew fatality, according to IMB.

“Pirates operating within the Gulf of Guinea are well-equipped to attack further away from shorelines and are unafraid to take violent action against innocent crews” warns IMB Director Michael Howlett. “It’s critical that seafarers remain cautious and vigilant when travelling in nearby waters and report all incidents to the Regional Authorities and the IMB PRC. Only improved knowledge sharing channels and increased collaboration between maritime response authorities will reduce the risk to seafarers in the region.”

The furthest recorded kidnapping occurred on 11 March 2021 when pirates kidnapped 15 crew from a Maltese flagged Chemical Tanker, 212nm south of Cotonou, Benin. In another incident, a fishing vessel hijacked on 8 February 2021 was used by pirates as a mother vessel to facilitate other attacks.

The IMB PRC commends the Coastal response agencies and independent international navies tasked in the Region for actively responding to reported incidents and encourages their continued efforts in making the GoG waters safer for the seafarers.

On 1st December 2020, ICC Court of Arbitration launched its revised Rules of Arbitration (“2021 ICC Rules”), which entered into force on 1 January 2021.

We have the pleasure to invite you to an information and roundtable event on 24 March 2021, which will provide you with a brief overview of the relevant revision points and an in-depth practical insight into some key aspects of the revision topics.

Please feel free to forward this invitation to colleagues. Non-members are also welcome to participate.

Please regsiter until 17 March 2021 at the latest.